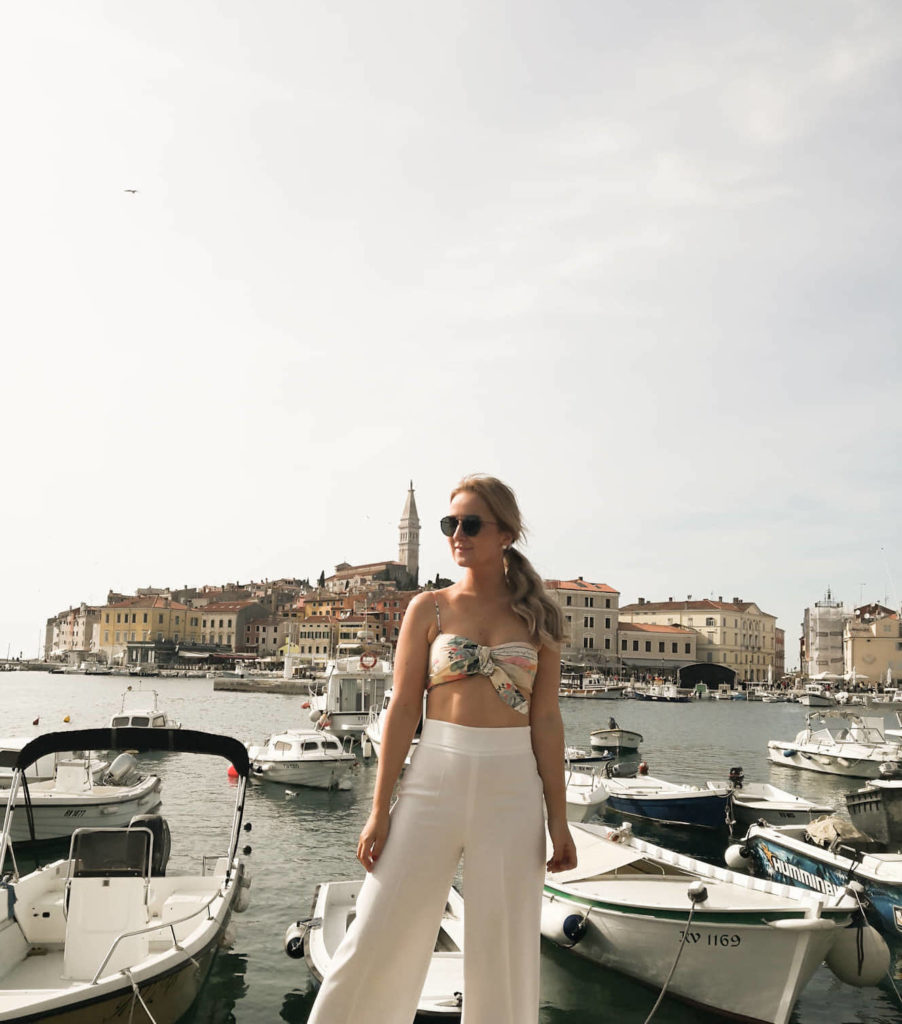 Rovinj (Rovigno in Italian) is Croatia’s most charming coastal town located in the Istrian peninsula. If you’re looking to take some time away from outside Croatia but don’t necessarily want to leave the Croatian border than Istria is the perfect region to explore. It’s often said that Istria feels more Italian than it does Croatian but regardless of your observation, you’re sure to have the time of your life.

Not only is Istria my favourite part of the country but Rovinj is also a town that I always recommend people visit. I first visited Rovinj two years ago with the girls from Putopis and it literally took my breath away. This time round I got to experience this stunning town with my husband and cousins during the Easter long weekend. It was my husband’s first time in the Istria region of Croatia and just like I promised it would, he was left completely captivated by a part of the country we didn’t know much about growing up. We will definitely be back to uncover more! Here is a list of the best things to do while in Rovinj…

Let’s begin with lunch first because you know how much I love a good restaurant. La Puntulina in Rovinj was recommended to me by several people and also the Croatian Tourism Board. Everyone had the same thing to say, “the food is sensational.” After a quick google stalk, I noticed that La Puntulina in Rovinj was one of the few restaurants on the cliff by the waters edge. I booked a table for lunch right away. Although on the day it was a little windy (one of the disadvantages of an outdoor restaurant, I guess it’s better than rain) we managed to deal with it and still have a great experience. 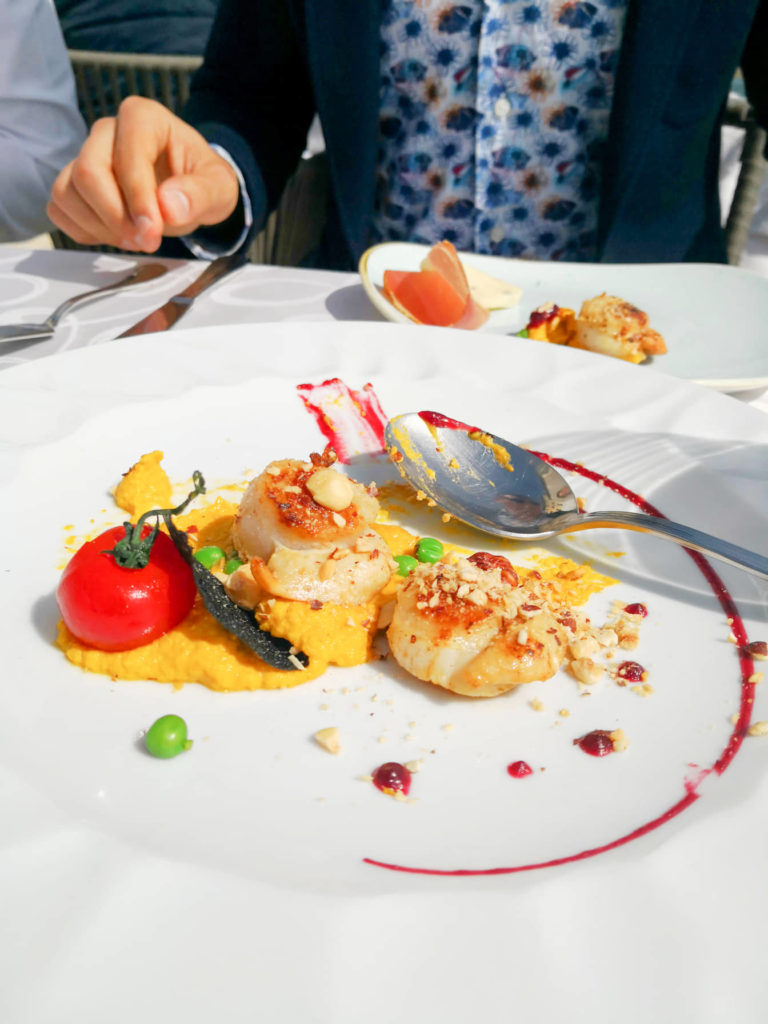 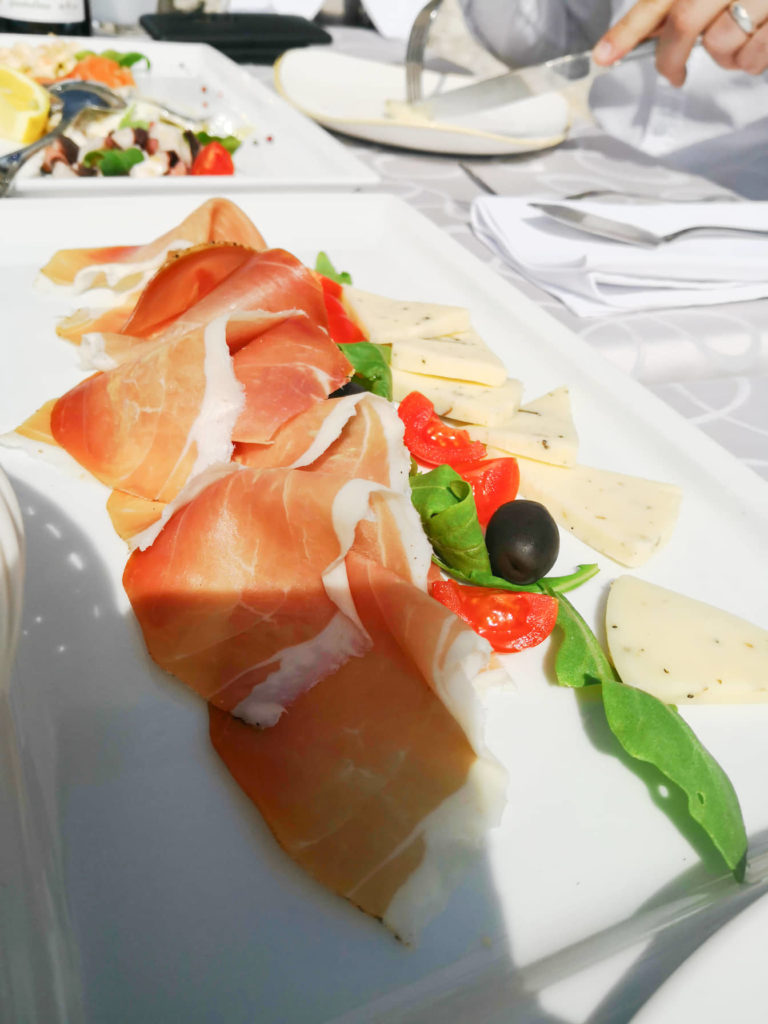 I would call La Puntulina a predominate seafood restaurant however, there is turkey breast and steak on the menu also. The beefsteak with truffle sauce is highly recommended. 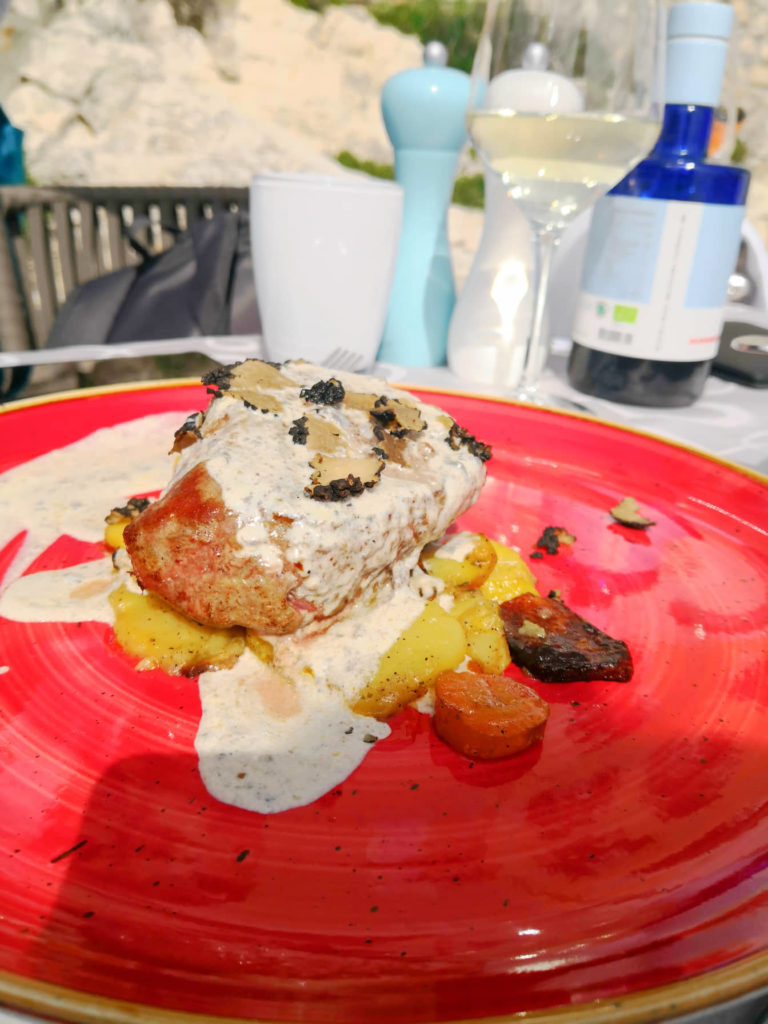 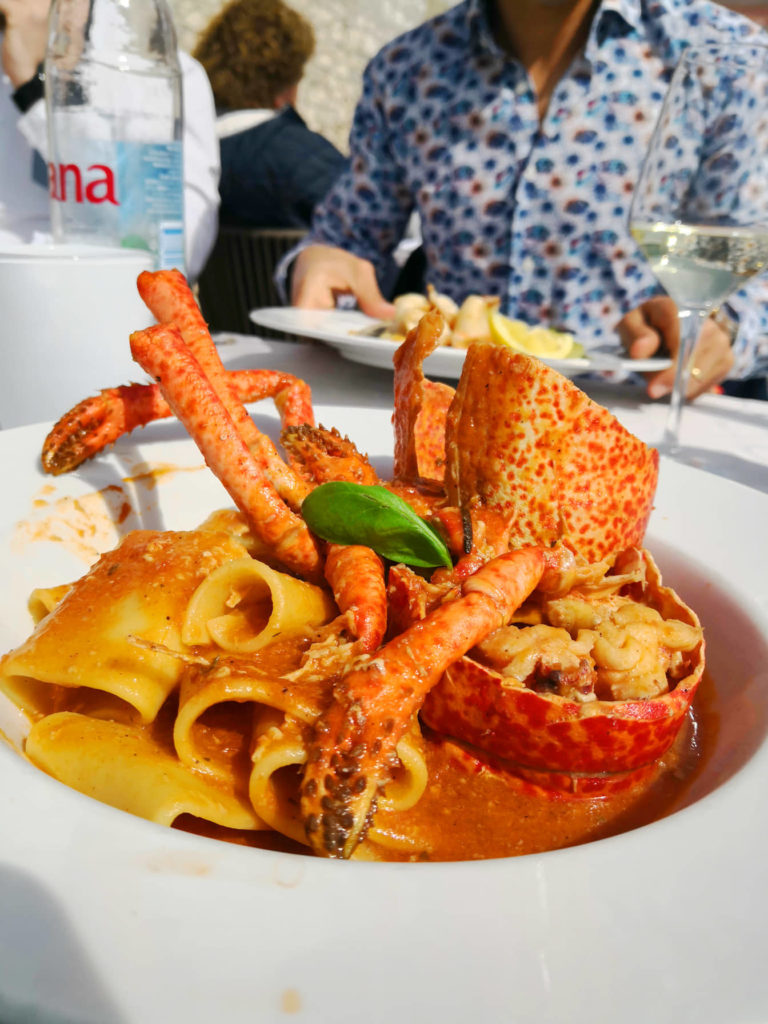 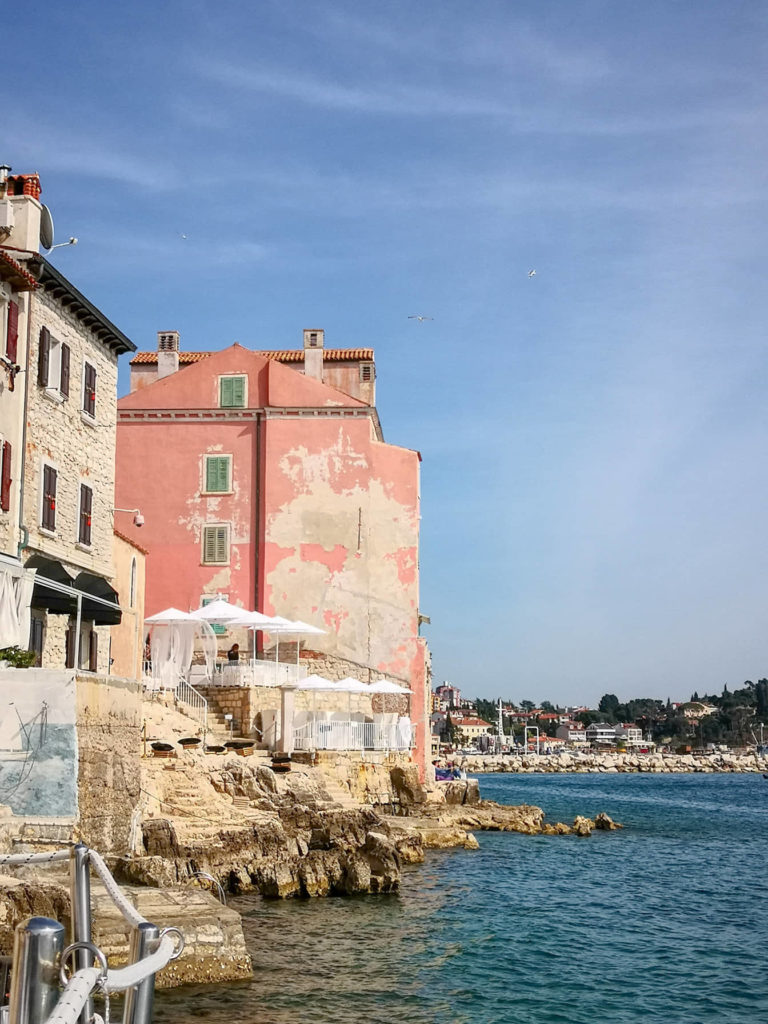 The views from La Puntulina are absolutely beautiful and locals also say that it’s the perfect restaurant to have dinner by the sunset.

Rovinj is the kind of town in Croatia you want to make an effort with your outfit in! Everywhere you look at turn you’ll find another location for a photograph. Rovinj is extremely photogenic and doesn’t need a filter on Instagram. You’ll find yourself lost through an endless series of paths and alleyways leading further into more beautiful views of the Adriatic sea.

I would definitely say that Rovinj is one of the most romantic coastal towns in Croatia, it’s perfect for a couple.

Beware though, Rovinj’s Old Town is made from stone, it can be very dangerous if it starts raining. Do not wear high heels in Rovinj if you plan to walk around in the Old Town. This is not a high heel friendly town. 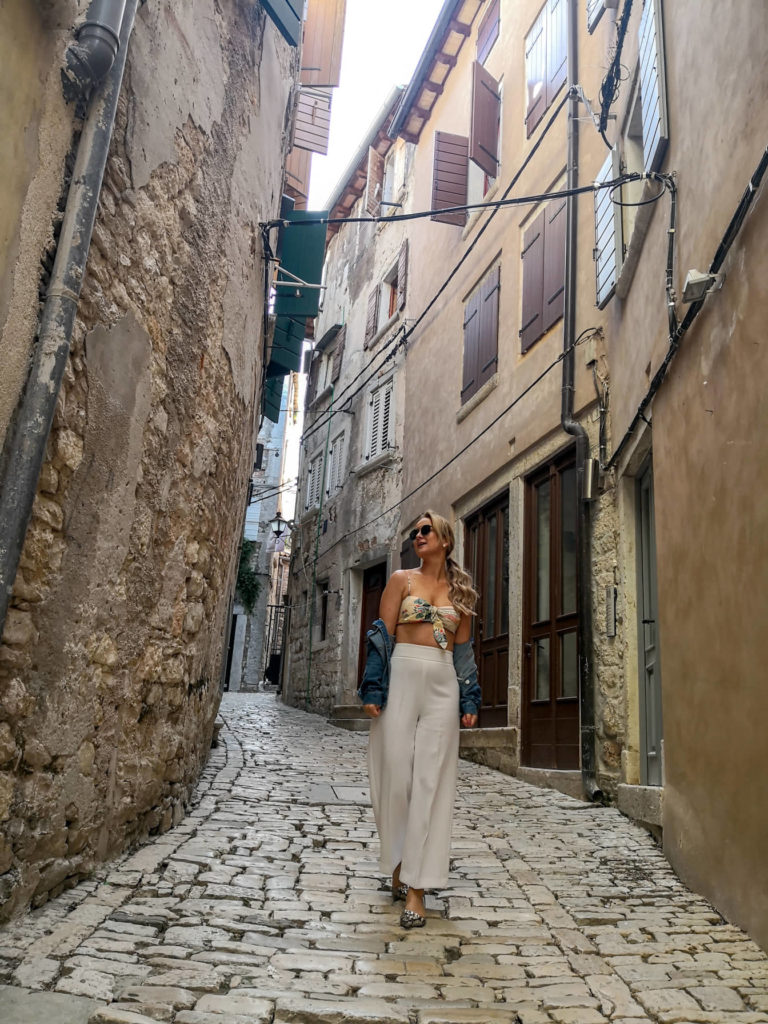 Walk up to the church of St. Euphemia

One of the best viewpoints of Rovinj is up at the Church of St. Euphemia located on the top of the town of Rovinj. The bell tower can be seen from all angles of Rovinj and can also be climbed for those looking to heighten their experience of Rovinj. I’ve never climbed the bell tower in Rovinj but I have climbed the one in Zadar… it was a mission! In front of The Church of St. Euphemia in Rovinj, you’ll come across a communal area where you’ll get some glorious shots of the sea. Getting up to the church is also a mission so if you’re injured maybe skip this idea!

Stroll by the harbour

You’ll only need a day (or half-day) to experience Rovinj in full. There are no cars allowed in the Old Town and there are also a few parking stations located outside the main town area. It’s a very small town and everything you need is within walking distance. Across from the Old Town, you’ll come across a harbour full of small boats (no superyachts here, however, ACI Rovinj did just open the most expensive and most luxurious marina in 2019 nearby) surrounded by more restaurants and cafes. From this side, you’ll also be able to take the iconic picture with the Old Town in the back, very common on Instagram. 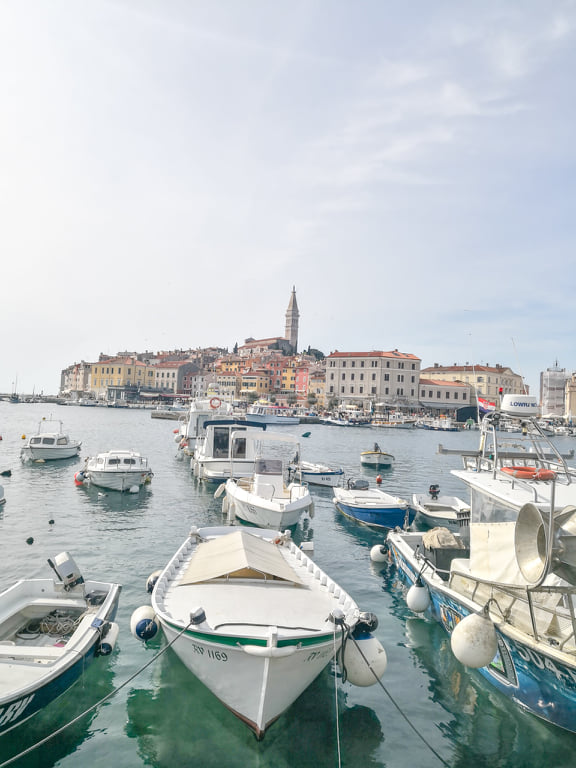 What I’ll do next time I’m in Rovinj

My husband and I loved Rovinj and definitely consider it a romantic getaway for two. In the near future when we’re back in Rovinj we’ll stay at Hotel Monte and try out Croatia’s first Michelin Starred restaurant, Monte, also located in the hotel. I wouldn’t call Rovinj the ultimate sightseeing trip away, it’s a more chilled and laid back, I see it more as a hideaway from home.