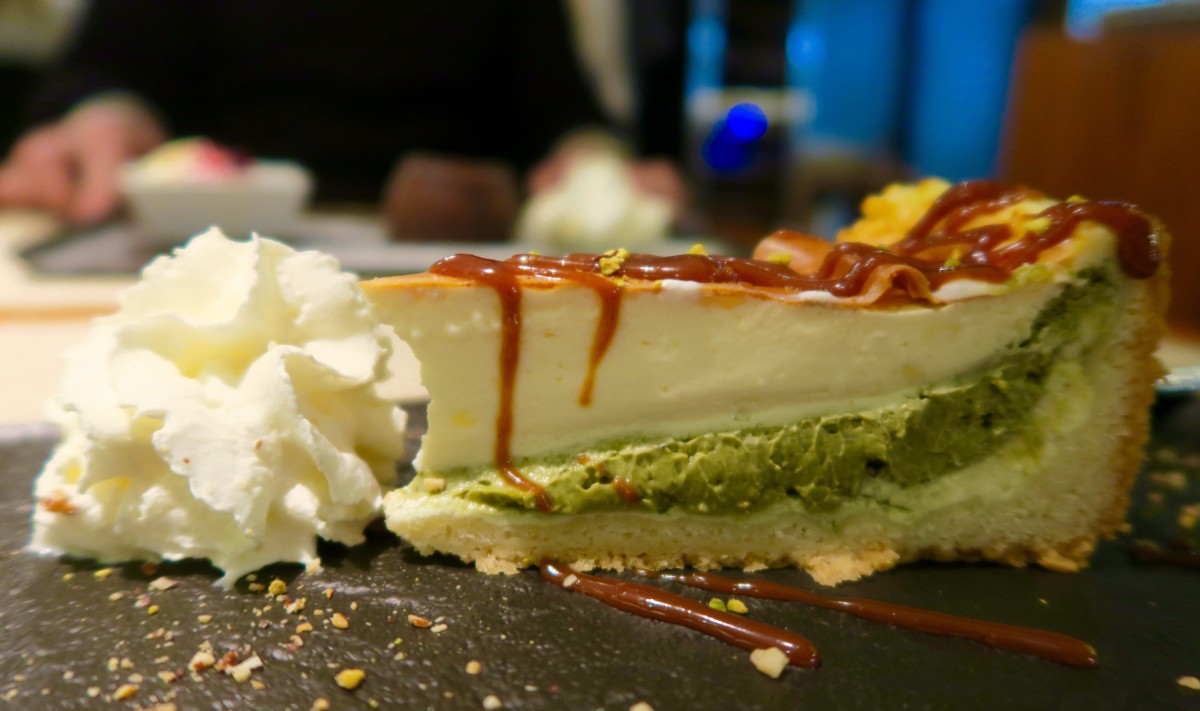 Every so often I visit a restaurant that triggers my Croatian friends back in Australia. Bruschetta, located in Croatia’s northern Dalmatia region and city of Zadar was one of those restaurants. I was taken there by my boyfriend and proudly local, yes boyfriend, we will talk about this in another post, who like everyone else back in Australia raved on about Bruschetta as though it had invented sliced bread. Given its top location, literally by the seaside and overlooking the world’s finest sunset, was Bruschetta in Zadar able to impress me further?

**You’ll have to excuse my photos, my boyfriend is slowly getting used to the whole ‘snap before we eat’ concept he has accidentally signed up for while dating me. 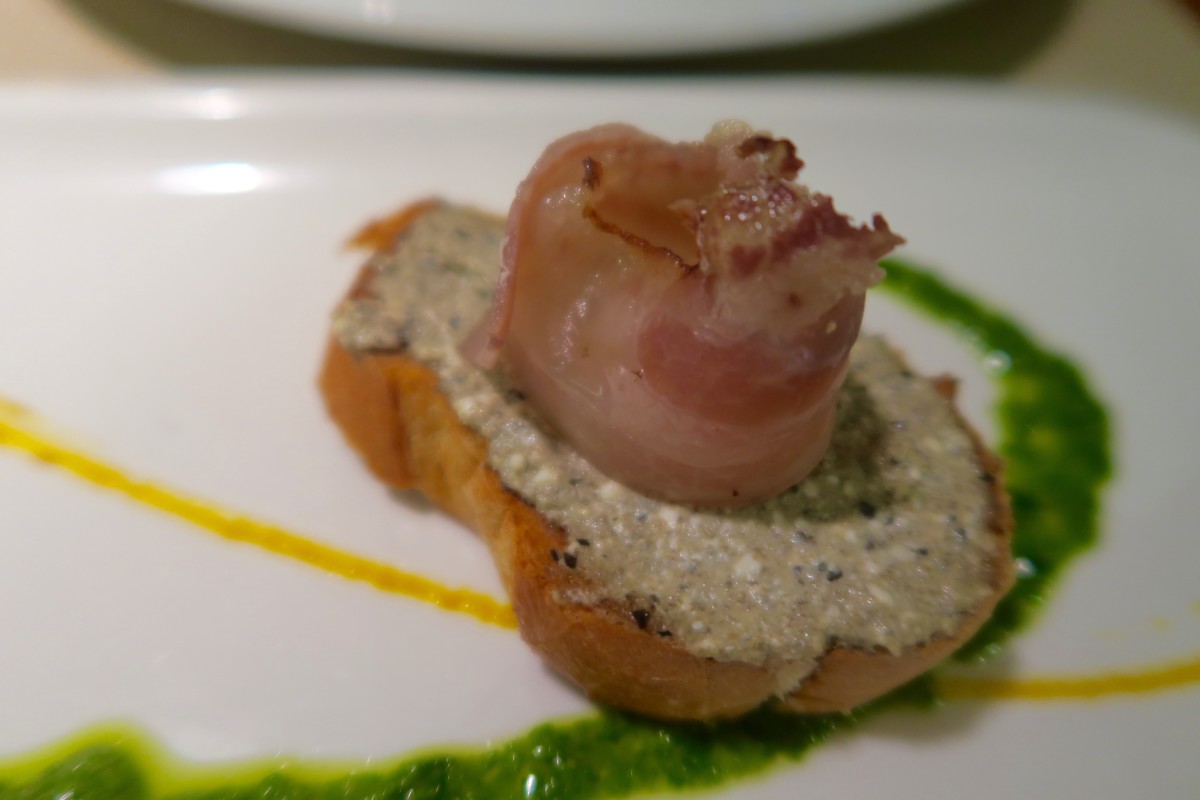 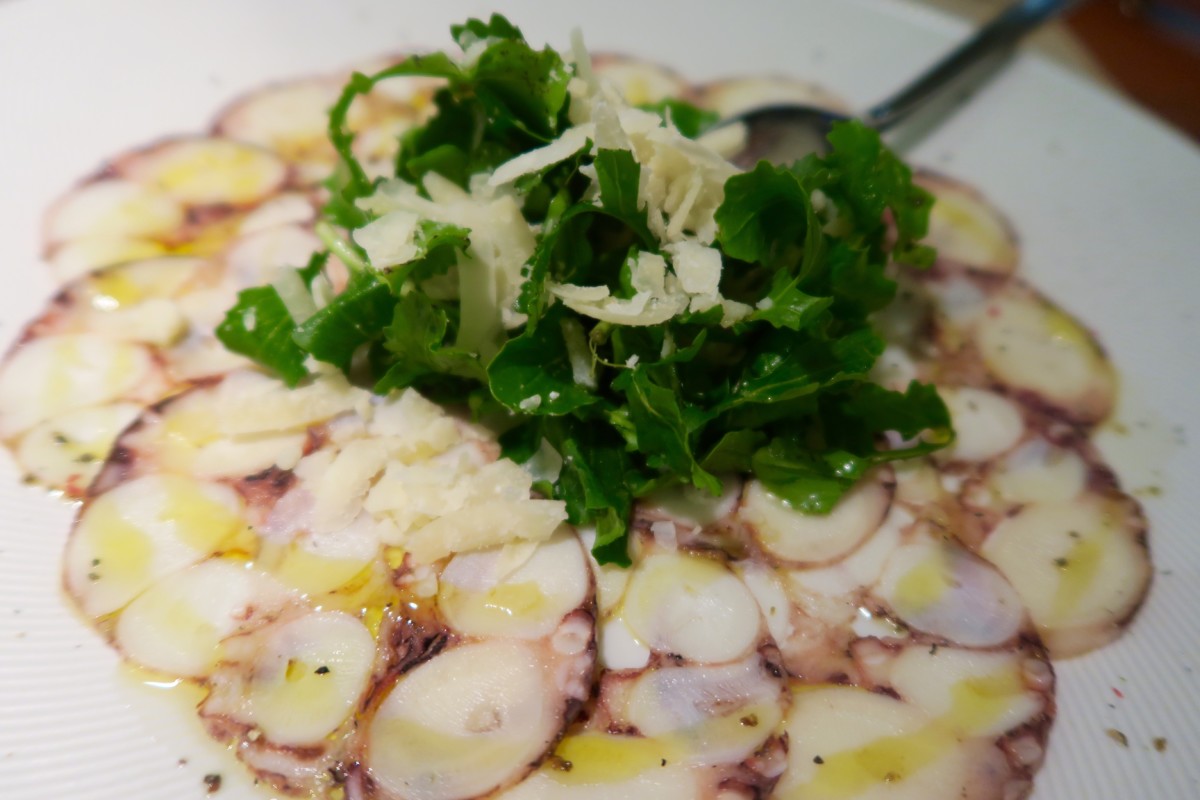 We then move onto the octopus carpaccio which literally melts into our mouths. It arrives dressed in olive oil with rocket and parmesan cheese. So far, so good. 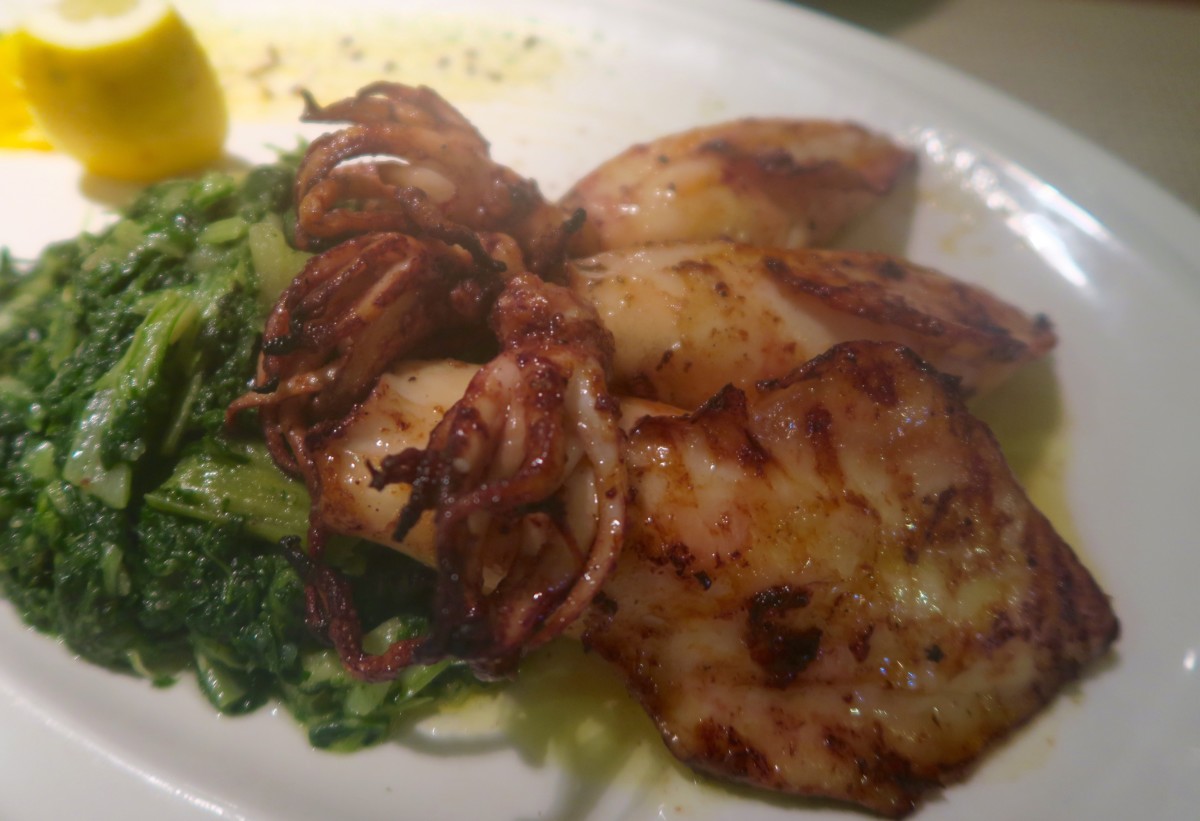 I’ve ordered grilled squid as my main, a typical summer dish for me. I could literally eat this all day, every day. Just like the octopus carpaccio, the grilled squid is fresh and melts right in my mouth. It’s accompanied with blitva, a traditional dalmatian dish with Swiss chard and boiled potato. If it’s overcooked, it’s mushy and tasteless however, if cooked just right, it’s the perfect way to compliment a seafood meal or even cooked meat. 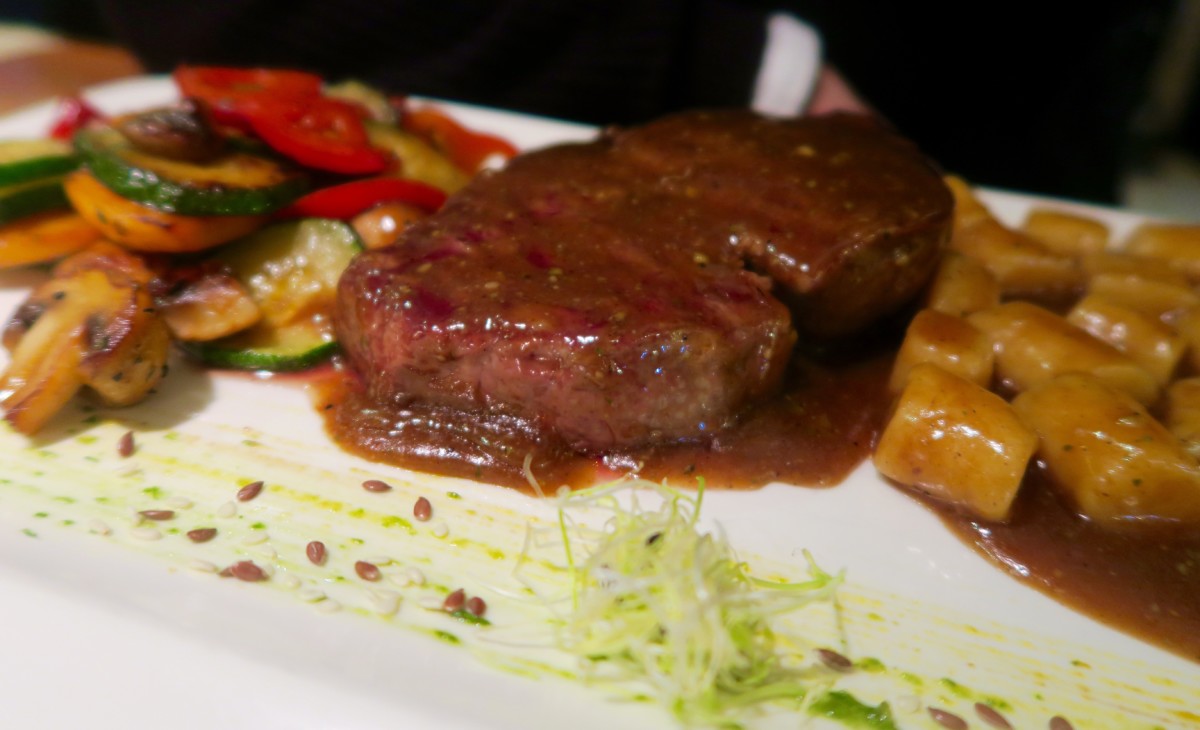 My boyfriend has opted for a steak (cooked med-rare) with peppercorn sauce, gnocchi and grilled seasonal vegetables. Considering he isn’t speaking much and making me try samples of his steak, I’ll confirm it was a great choice as main. The steak had both our ticks of approval.

Make way for the social media show-stopper, the dessert that had my inbox flooded with messages.

“Oh my god, the pistachio cheesecake, you’ve just reminded me of my summertime in Zadar…” 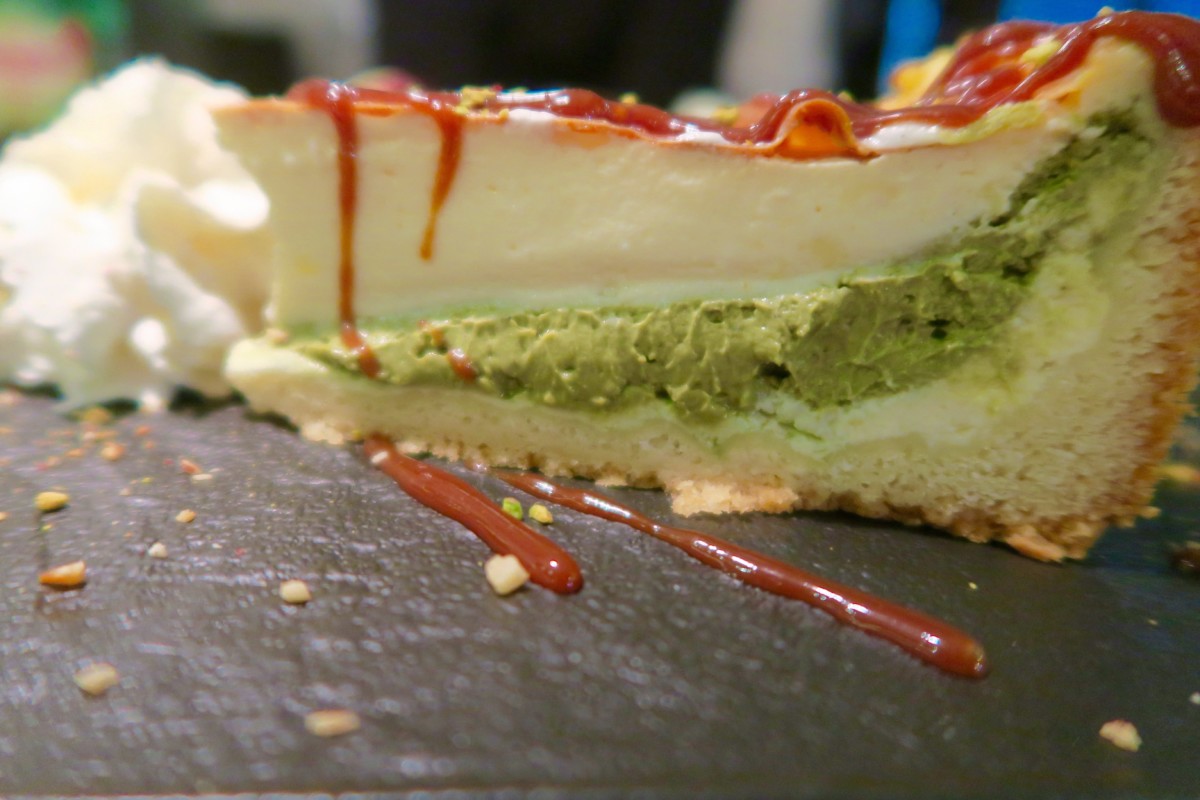 I don’t really like to share my dessert either, but I felt rude not to let my partner at least try this slice of heaven I was having, drizzled with caramel sauce. He returned the favour and let me try his chocolate souffle that also deserves a special mention. 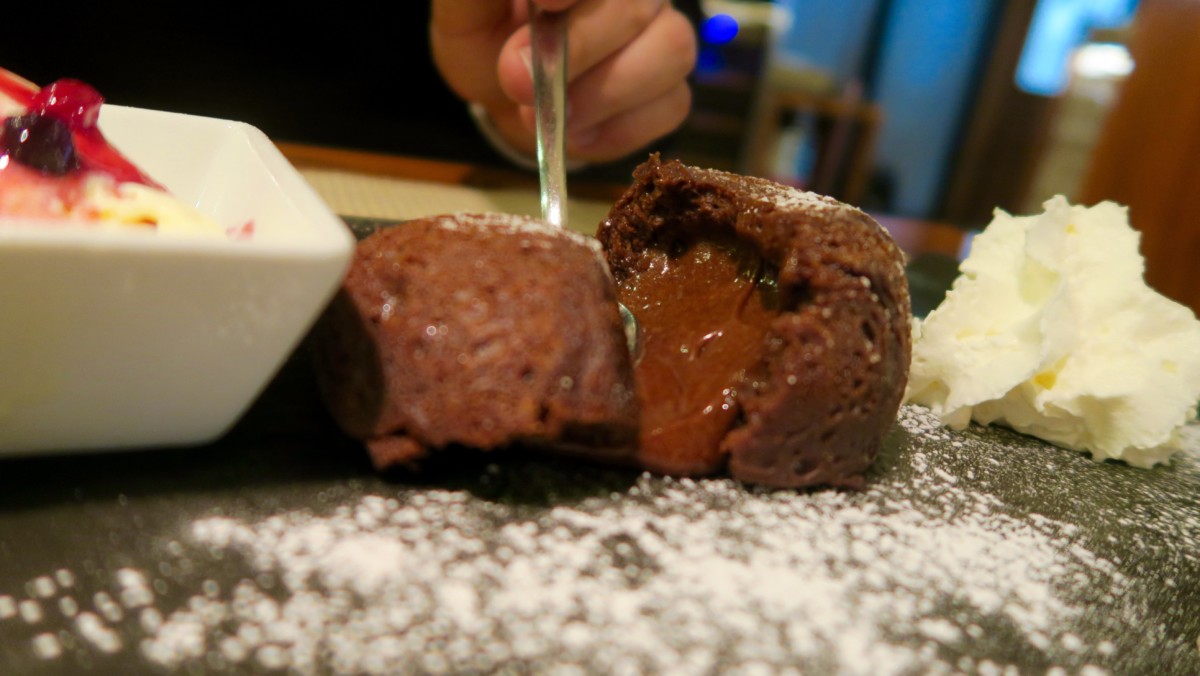 Bruschetta in Zadar is ranked #6 out of 185 restaurants in Zadar on TripAdvisor and is a must-visit for gastro-enthusiasts. All produce is local and there are over 20 wines to choose from and match perfectly with your meal. I was even more impressed by the staff who were pleasant to interact with, they even recognised us when we visited the next day for lunch. Yes, we went again the following day.

The following day we decided to order some pizzas to take away and eat them by the sea. The following day would change the dialogue of the remainder of my time in Zadar. We ordered the Truffle pizza and it was the best pizza I ever had in my life. I was so into the moment, as monumental as it was that I completely forgot to take a  picture. That’s when you know a moment has completely won me over.