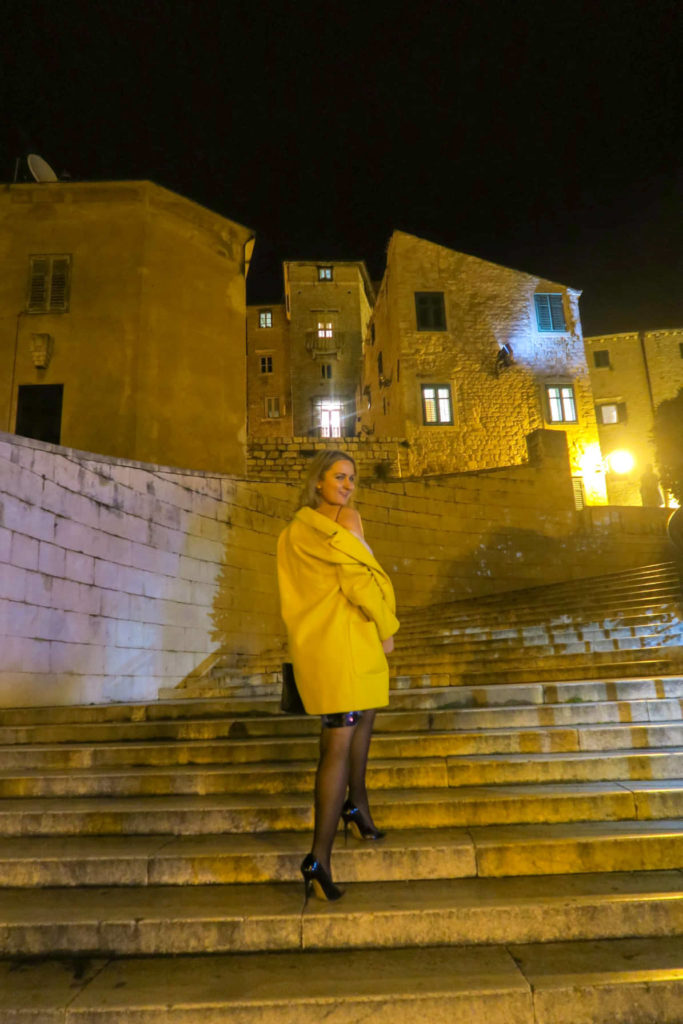 Talk about being spoilt.

For my birthday, my other half and husband-to-be whisked me away to Sibenik and took me to the restaurant I spent most of 2017 trying to get a table at, Pelegrini. I’m not the biggest fan of Sibenik, as beautiful as it may be, it’s always windy up at the fortress and it drives me crazy. Plus, there’s a lot of stairs in the Old Town, me-no-like. One part of Sibenik has been on my radar for the past 12 months and it’s dining at Pelegrini. Last year when Monte in Rovinj was the first-ever restaurant in Croatia to receive a Michelin Star, I came across many whispers who said that it should have been Pelegrini in Sibenik. After all, they do have Croatia’s best chef to call their own, chef Rudolf Štefan.

Pelegrini in Sibenik offers a selective à la carte menu of 25 dishes and for 550kn (74€) per person, we were able to select 5 dishes each. This was not a simple task and chef Rudolf Štefan has thought the menu through. 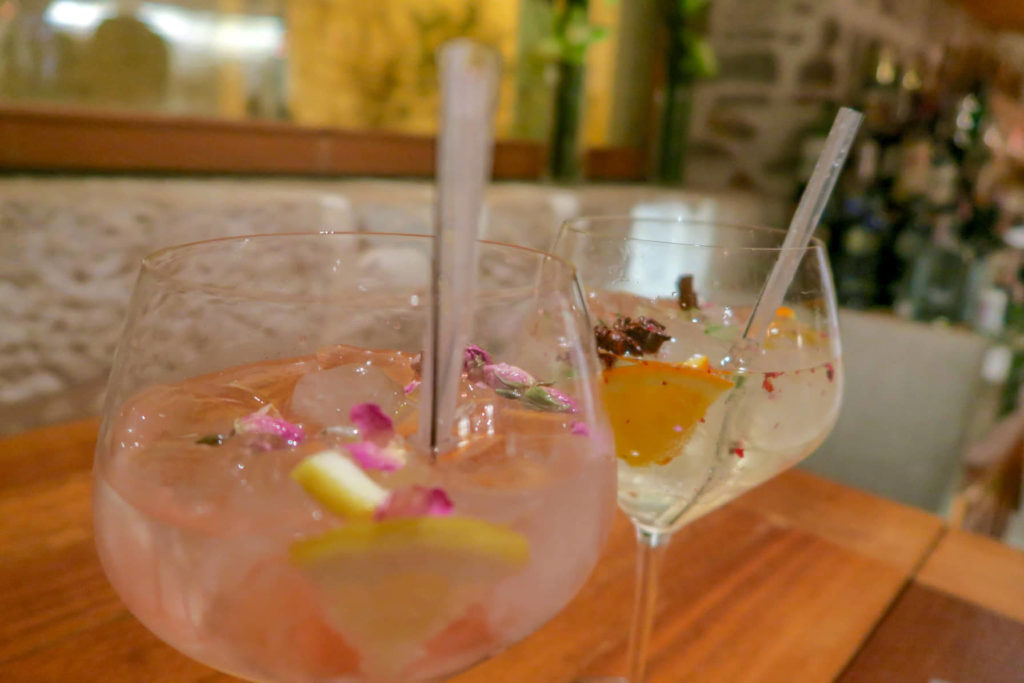 As most of you are aware, I am sober and no longer drink alcohol. Yes, that includes no drinking on my birthday. No matter how accomplished I feel in recovery, I still get paranoid when I am out and hand over my power to a bartender and ask for a mocktail. I often think that “no alcohol in my drink whatsoever” will be misinterpreted and I’ll end up with an alcoholic beverage. I’m not usually the type to ask for a mocktail because I live in Croatia and most places don’t see any thrill in creating a juice infused drink but at Pelegrini my mocktail was so good and stiff, I felt like I was having my final Hendricks gin and tonic.

The waitstaff really respected my request and I write that from pure honesty because I have had reputable bars and restaurants joke that they’ll put “just a little vodka” in my drink without realising the harm and severity in doing so.

Pelegrini has my sober tick of approval with their mocktail selection.

I felt like I was having my final Hendricks gin and tonic. 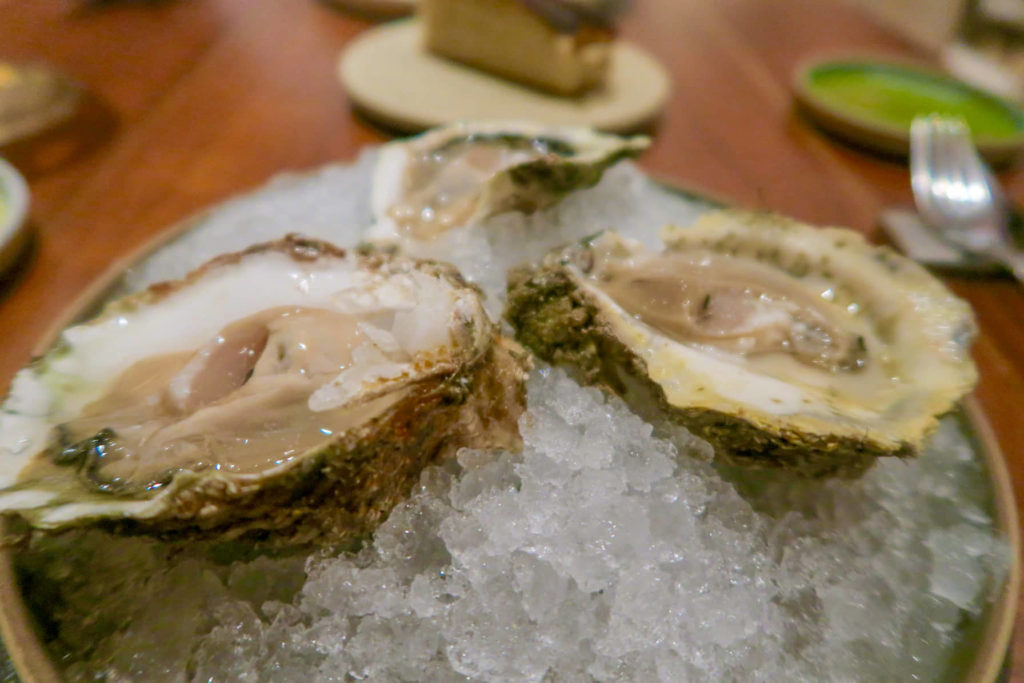 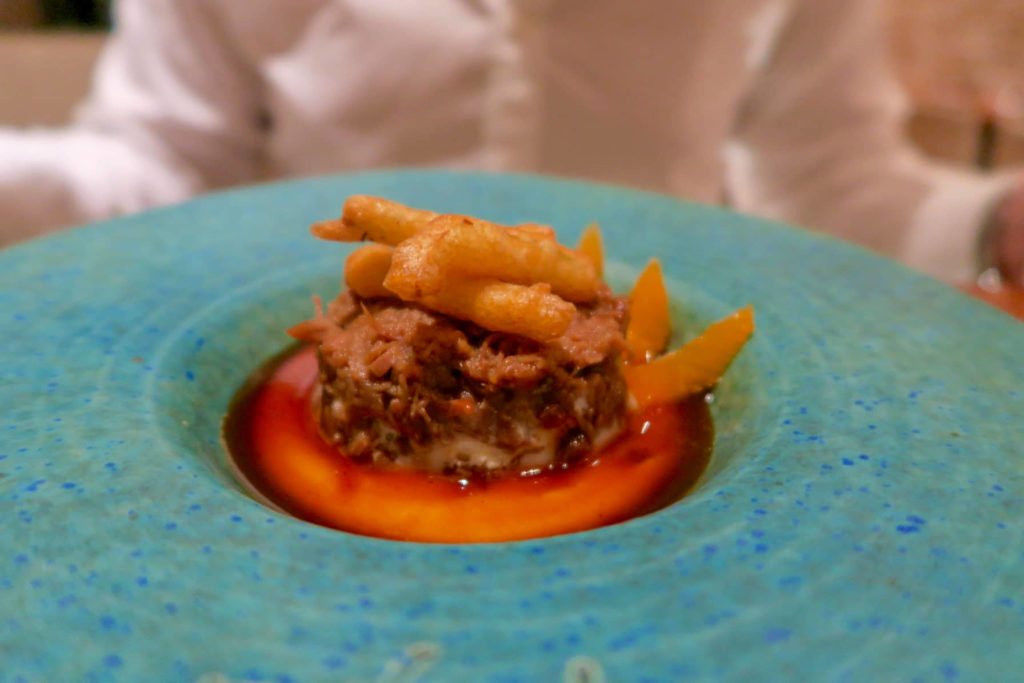 We begin with local oysters from Skradin that are so large, we have three each that feel as though they go down as six. The oysters couldn’t get any fresher. They say that you should always have your first oysters at a reputable place, if it’s your first time having oysters, definitely have them here. 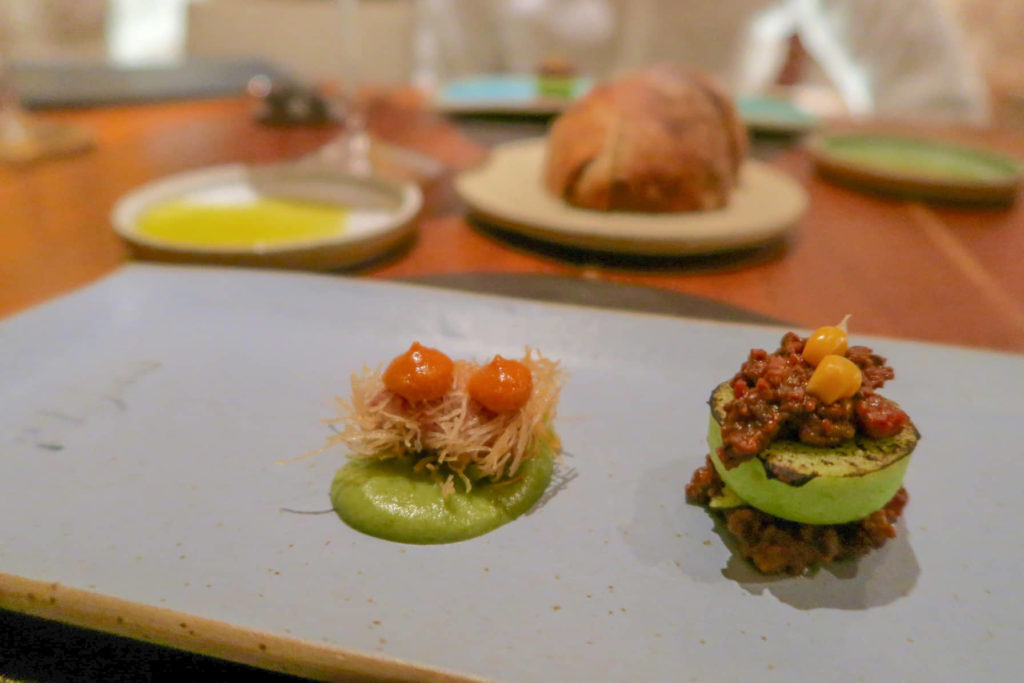 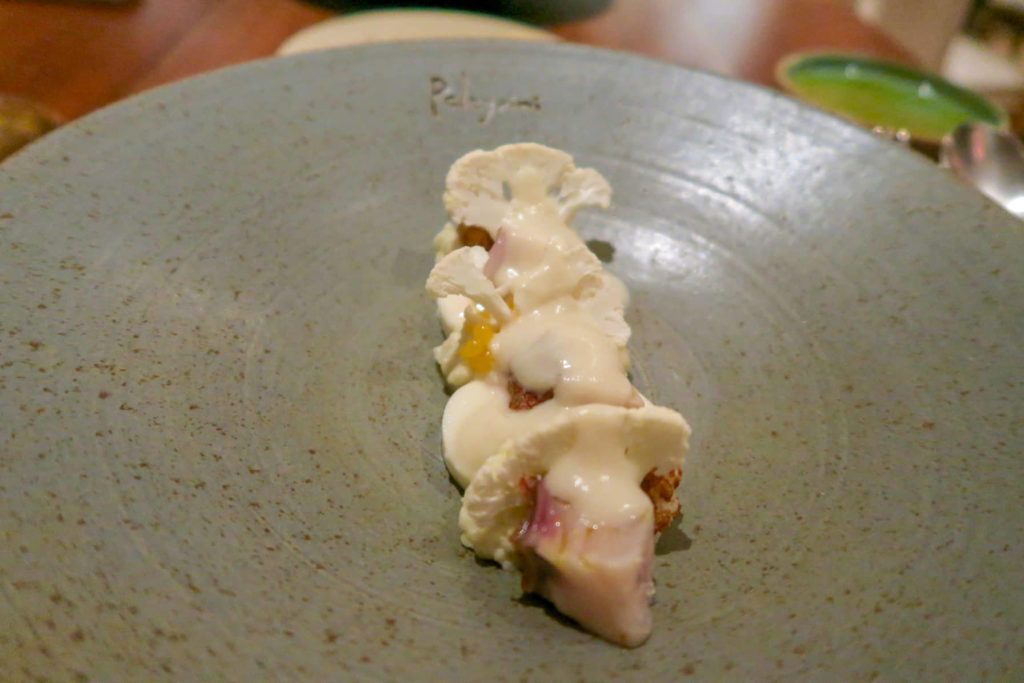 The secret to restaurants with dishes like Pelegrini’s is to make sure you capture all the flavours on the plate in one bite, they are all there to complement each other. 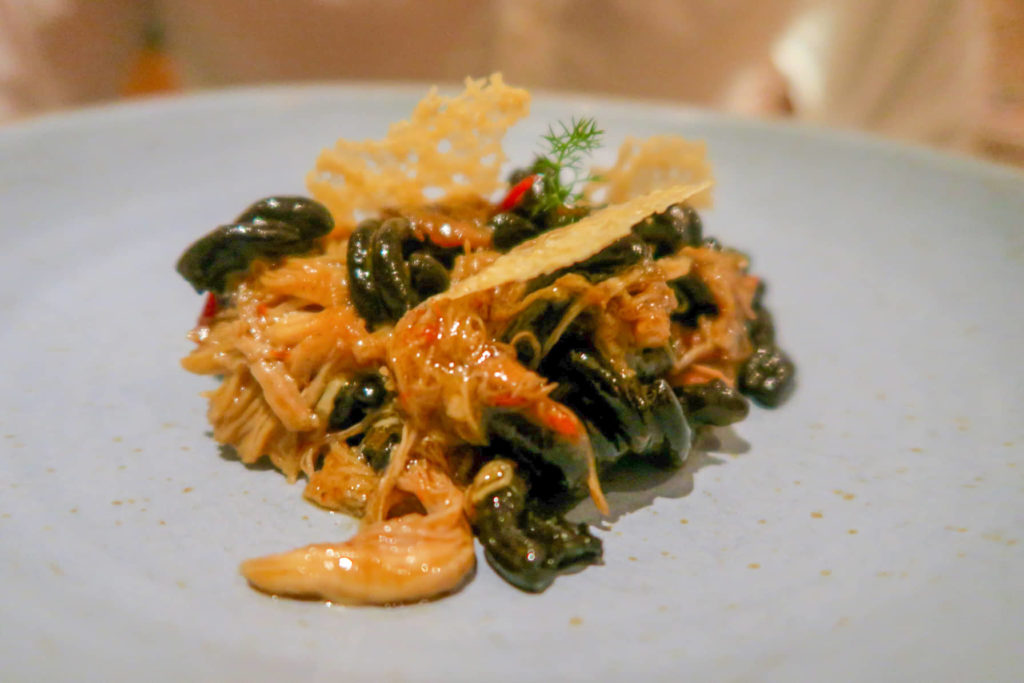 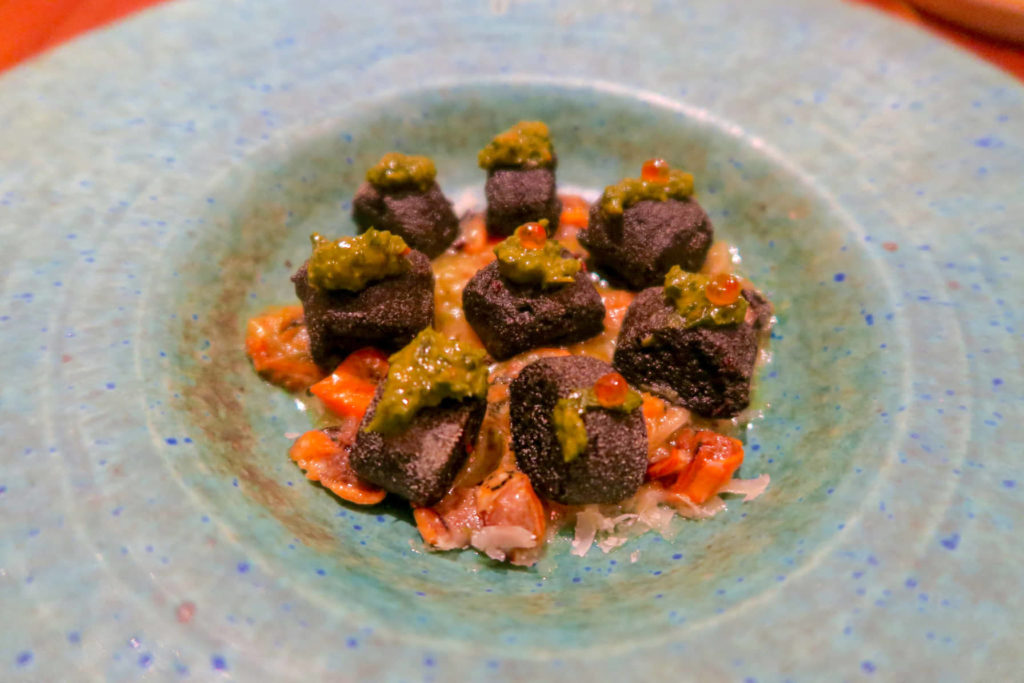 As each course arrived, we wow-ed with enthusiasm, eagerly excited to stick our forks in and tried each other’s meals. While these images don’t make the meal portions look large, they are intact small but filling. Over the course for 5 courses, you begin to feel full but without being in a food coma. 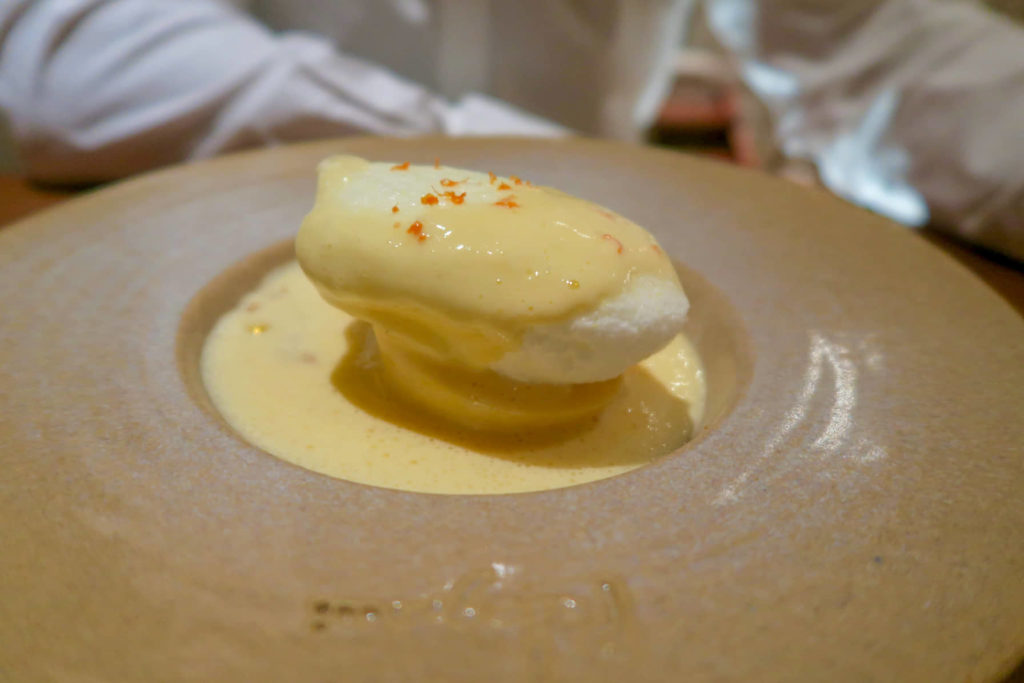 My palette for desserts has been asking for diabetes over the past 12 months. Since it was my birthday, there was no better excuse (not that I needed one for such an occasion) to try the chocolate mousse. It just melted in my mouth. 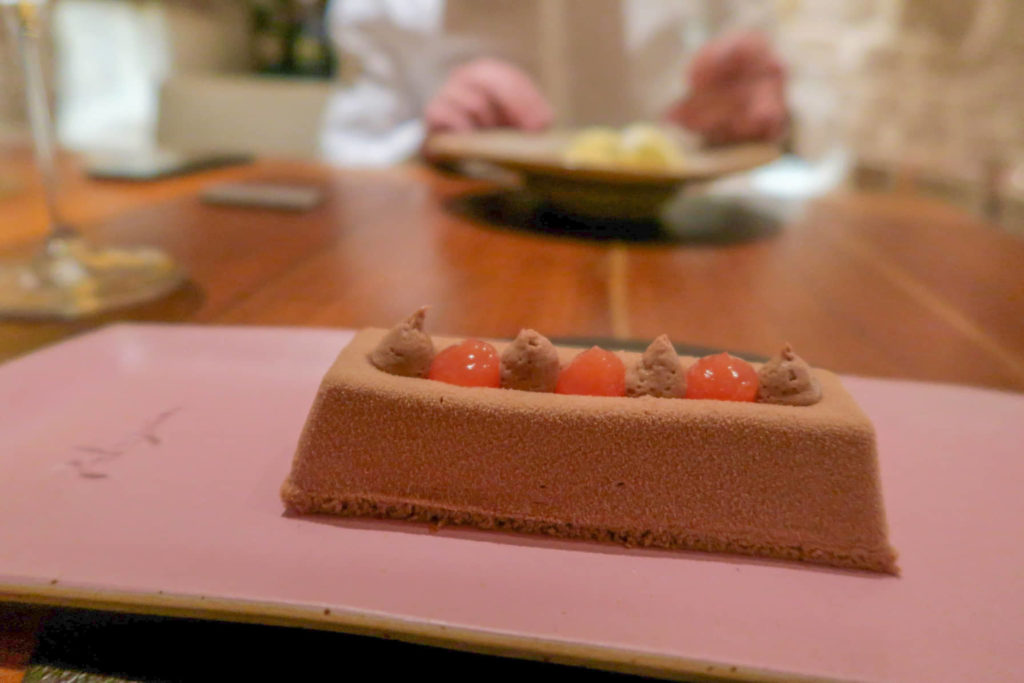 Where is my favourite restaurant in Croatia? Sibenik. What’s it called? Pelegrini.
In all honesty, I can’t fault Pelegrini. From the food to the service, to the atmosphere, everything was first class. I forgot to mention that even when we walked in at the beginning, every single staff of member, including kitchen staff greeted us as we made our way to our table. It was a different tailored approach that stood out. I am really lucky to have experienced Pelegrini and I cannot wait to be back.
Address: Ul Jurja Dalmatinca 1, 22000, Šibenik
Hours: 12PM-3PM & 630PM-12AM Daily
Phone: 022 213 701