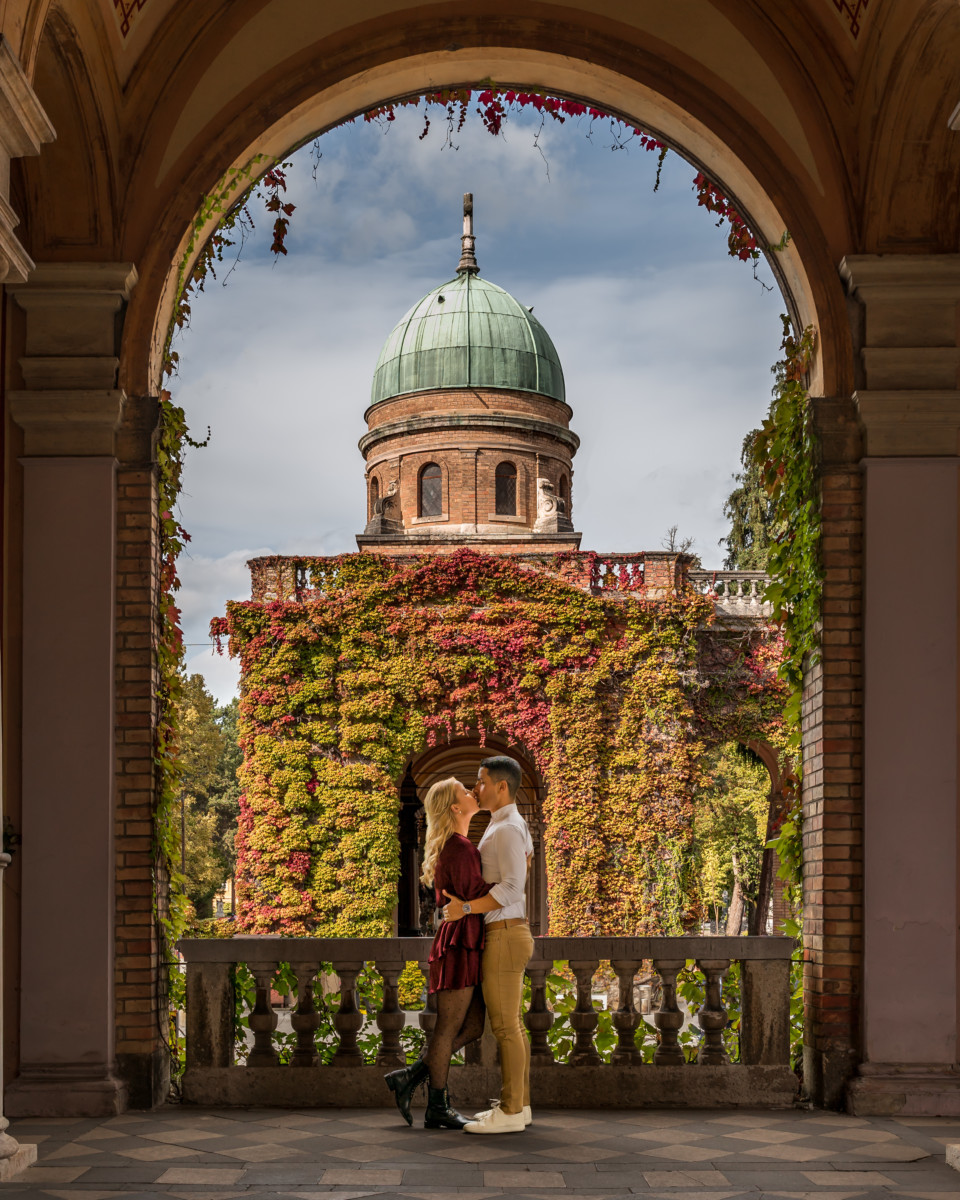 Remember the days you wished for the love you have today?

When I look back at my dating history and thinking what love is, I cringe. Yes, I cringe. I cringe at the types of guys I dated but most importantly, I cringe at my own behaviour. I carried with me this scary need for control and validation, I was also very codependent. When I look at my marriage and the type of man that I married, I see how far I’ve come along and often tell my husband, there is no way in the world he would have fallen in love with the old Adriana, nobody did.

My addiction recovery has been a very rocky road and at times I wondered if it was all worth it. Sobriety forced me to look within and figure out the root of my behaviour and behavioural patterns. It was the ugliest path back in time and I recognised that I was toxic, dysfunctional and extremely reactive.

When I first entered sobriety, I was still attracting the same types of guys as before and the scary thing is, they were my comfort zone. I felt within myself that I was slowly changing and starting to identify these patterns in the guys I was attracted to, one thing the majority had in common was that they were emotionally unavailable. Oh, how the old me loved the emotionally unavailable fuck boy. The soberer I got, the more I was repelled by boys who were hot and cold, but the beginning of the journey was rough.

Part of me was hurt as this longing for love and security lingered within me but another part of me was happy, I was starting to feel emotions, I started to care. I’d heard all these sentences before but they didn’t hurt me, in fact they compelled me to try harder to make the guy want me. Do you see the pattern? 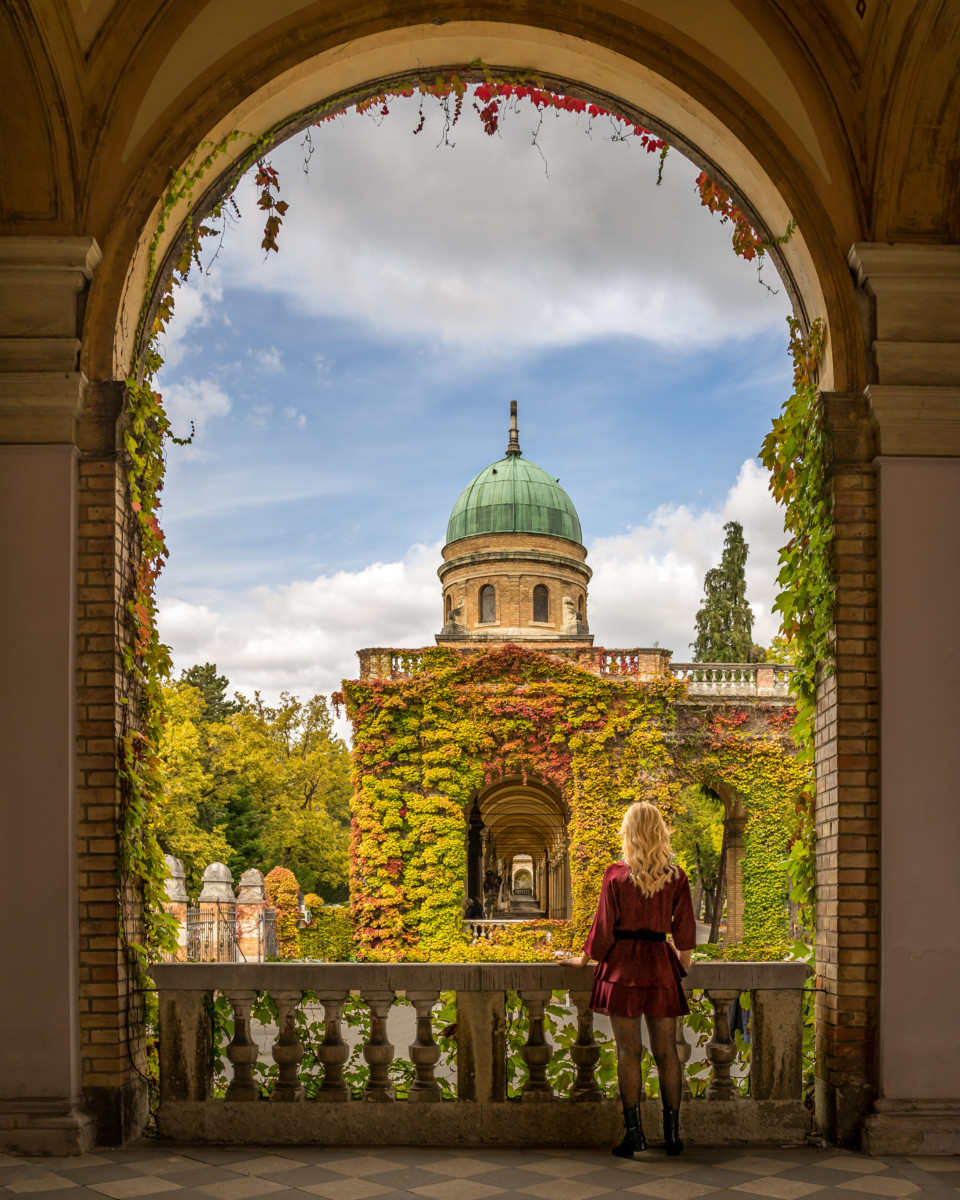 I started to train myself to remove people from my life the second I saw one red flag. As an addict in recovery, if I sensed that someone was also an addict, whether they were aware of it or not, they were gone. I dated a self-proclaimed sex addict for a while whose behaviour made me really question my own values. The old me would have engaged in this toxic behaviour but the new me screamed, get the f%ckkkk away.

Two weeks before I met my husband I was talking to a guy I’d met on Tinder and he was the closest to perfect I had met so far.

My grandmother would always ask me what I was looking for and why it was taking me so long to find him, innocently. I would always tell her, “someone quiet.”

“Yes, quiet, someone with peace within.” She was a little confused because she considered me to be a riot.

“Yes, quiet would be good for you.”

So I finally met that “quiet boy.” He came from a good Croatian family, worked for his father and was a gentleman. We spoke non stop for a week and he was a great conversationalist. We bonded over my addiction because his ex-girlfriend had a problem with cocaine, this ended their relationship several years ago. He was very open to understanding her addiction for his own closure. Speaking about addiction so openly with someone in Croatia helped me too as I was extremely alone in the country at this time.

We met up on a Tuesday, it was nice and he was really sweet. Unlike any other, I’d attracted and met during my time in Croatia. He was normal, finally a normal guy. He told me the following night he had to go to a club for his friends birthday and as much as he didn’t want to go, he was a good friend and had to but we’d see each other on Thursday.

Thursday came and nothing. Absolutely nothing.

Then Friday, all day nothing.

It drove me insane. I messaged him in the late afternoon and asked what happened, how we went from being in contact to nothing.

“I’m so sorry, I bumped into my ex on Wednesday night at the club. We hadn’t seen eachother for years and…”

I was fucking livid. Furious. What were the odds? This was my closest experience to the good guy in years, the first good guy experience in Croatia. Why was this happening to me?!

I just kept going over and over everything in my head. How could this happen?

This is where it gets interesting. The old me would have demanded we see each other again, wasted more time in trying to get him to give me a chance and even spent days fantasizing the return of my good boy from Zagreb.

The new me let it go.

I sent him a message thanking him for being honest wishing him well. I allowed myself to be angry and feel the emotions. I was closer to ‘the one,’ I knew it.

But in that moment, I felt delusional… dreams don’t come true for girls like me. What was I thinking? That an addict in Croatia could find love in Croatia? Yeah right.

I told my friends what had happened, they dragged me out to Zagreb’s Advent (Christmas Market).

I ordered a tea at the upper town markets and while I waited, noticed a two kuna coin on the floor behind me.

I picked it up, held it close to my heart and said, “I wish for true love.”

I didn’t even know what true love was or that it actually existed.

I put the coin in my pocket and went on with my evening.

It was freezing and towards the end of the evening it started to snow as I walked home. Angry, cold and alone.

I felt so defeated.

It was the last night I’d ever be alone.

The following day I went back on Tinder and saw my husband’s profile. I noticed he was also from Sydney and figured, “Great, I need a normal western guy to bitch about Croatian guys to.” I swiped right. We matched instantly. Started chatting instantly, met up a few hours later and have been inseparable ever since that day.

My life changed that day and I had finally found the love I was searching for.

Had I continued to talk to the other guy and basically beg him to choose me, I wouldn’t have met my husband the following day.

The old me would have begged. The new me moved on. 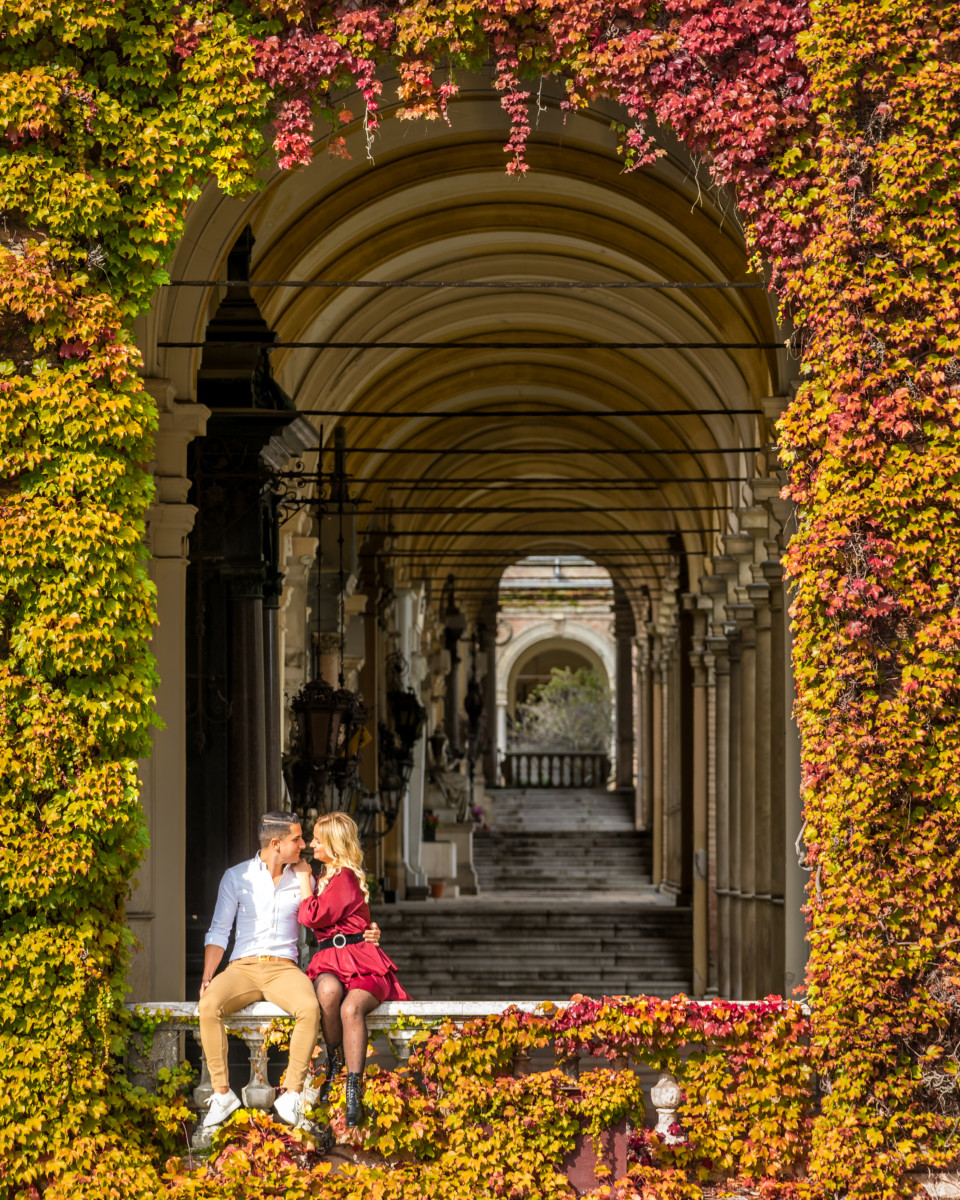 We can link my love story to coincidence, the synchronicities of life, dumb luck, destiny or God. None of it would have aligned if I wasn’t in recovery and working on my self awareness from within.

A lot of people ask me, how did you know? I didn’t, he did. I wasn’t “in love” until about three weeks after we met. We spent Christmas apart and that’s when I knew I had really fallen in love with him. We just clicked, it wasn’t difficult, it was easy, contrary to everything I had believed about being in a relationship before.

I knew he was the one because for the first time in my life I met someone who didn’t interfere with my harmony. It was as though he was always in my life, nothing was disrupted, only enriched.  He showed me a love that didn’t make me insecure, needy or psychotic. Love wasn’t a game. I had to learn how to receive love and give love.

I felt safe and secure and for the first time in my life, I was finally in a healthy relationship.

How did I know? Because it all felt so uncomfortable, very very unfamiliar.

Someone actually loves me even though I’m fucked? Does someone want to spend the rest of their life with me? Be the mother of their children someday? Someone actually wants to know all about my past and pain? As if.

I was constantly told in Croatia that this wasn’t possible.

Stop talking about your addiction in public, you will NEVER find love!!!

FUCK. ME. DEAD. Did I prove everyone wrong… 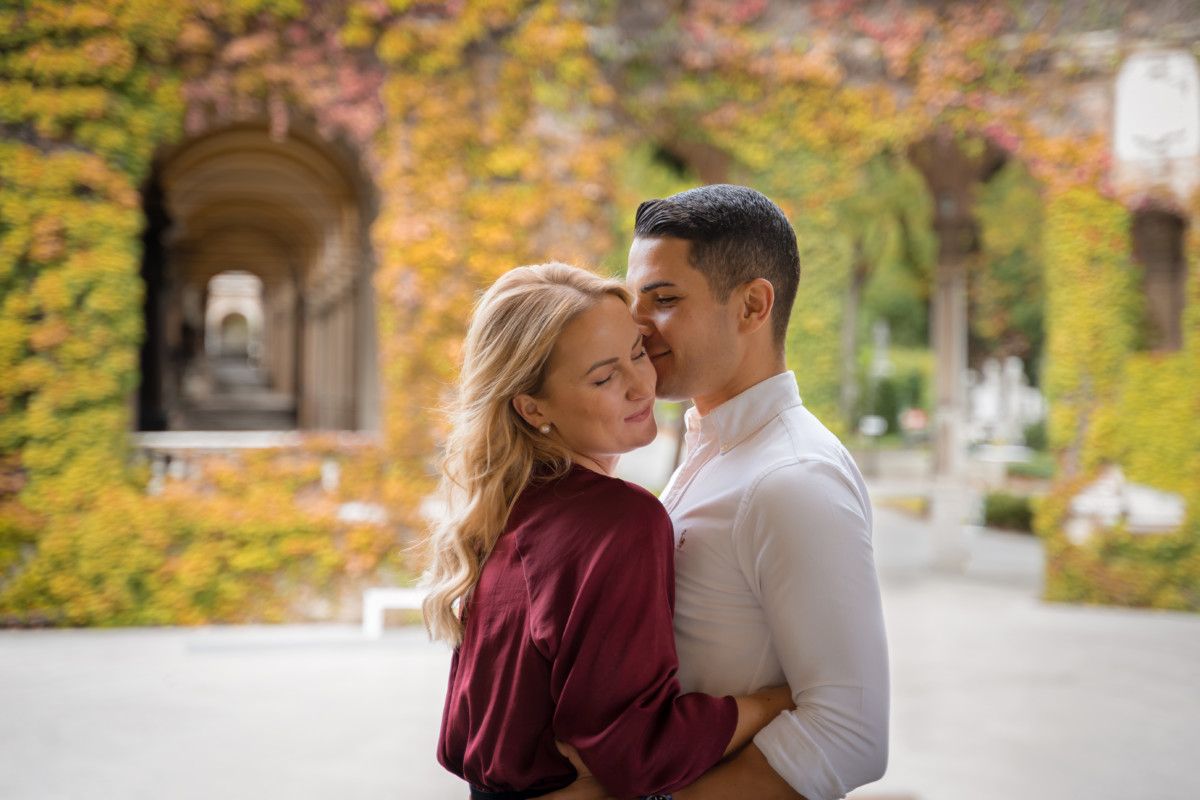 It took me several months to feel comfortable in a healthy relationship. Instead of being treated like crap, I was treated like a queen, with respect, validated, told I was amazing, my journey was amazing. Holy moly. How did I even get here?

I remember, I asked for it when I entered recovery.

I am extremely lucky, I know this but I also remind myself that I put in a lot of hard work, a lot of self-reflection and inner self work to get to where I am. I walked away from things and people who no longer served me, I learned to say NO. I didn’t just quit alcohol and move on with my life. I figured out my why’s in all aspects of my life. I truly believe that this will help me become a better person, a better friend, a better wife and someday an amazing mother.

Finding love in sobriety? It’s truly possible however, it starts from within.